The other hot rumour leading up to Macworld San Francisco is for a smaller form iPhone, supposedly called the iPhone Nano. Macrumors published a sketchy picture of the supposed iPhone Nano which shows it as basically a shrunk-down version of the regular iPhone.

Personally I can’t see that being real, it simply does just look like a scaled down iPhone. However, people said the same thing about the previous generation iPod Nano when pictures showed the short squished format but it turned out to be real so who knows?

My money though is on an even smaller device – the iPhone Shuffle! 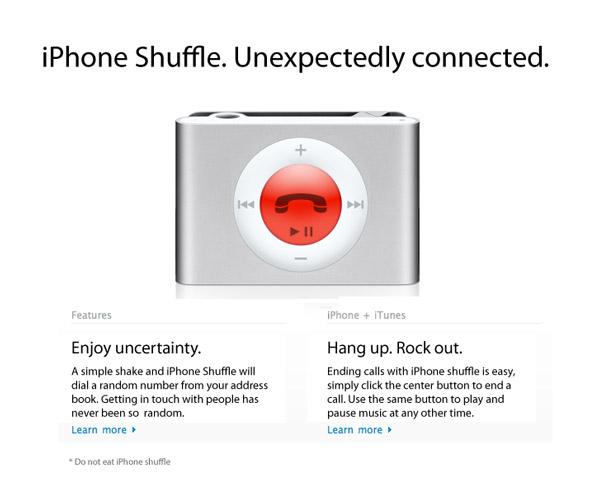 You heard it here first! ;)