I just came across a link in my feeds giving a heads up about a new OSX beta download from Nokia, it’s for an application called Nokia Media Transfer. At first I thought it would just be some badly ported software for Mac, but it’s actually pretty good. It manages the setup and control of audio & video media files from your phone.

The cool part is that it sets up your phone’s camera to be a source camera for iPhoto, Image capture etc. So no need to manually transfer and import the files, it will just sync up over bluetooth when you start iPhoto. It will also do the same with iTunes, syncing playlists etc.

I don’t use my phone for music but I do take a fair amount of photos with it so the iPhoto integration is pretty cool. There is also an application called Nokia Device Browser which can be used to browse the files and folders on your phone, it works much better than the default OSX bluetooth file browser, there’s a screen shot of device browser in action below.

Here’s a few screenshots of some of the screens involved: 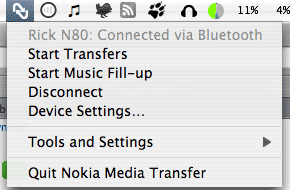 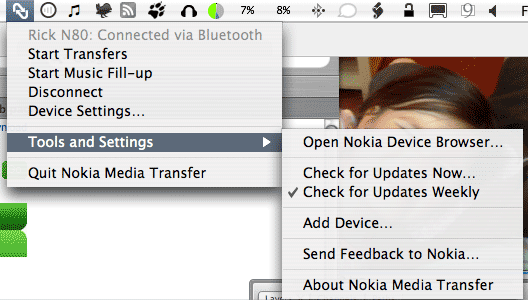 Device settings for my Nokia N80 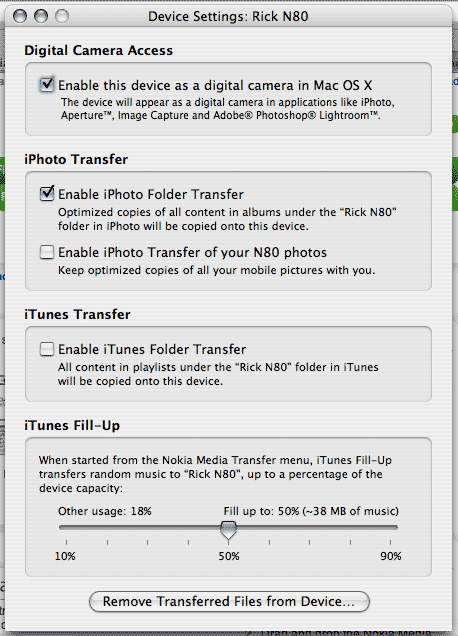 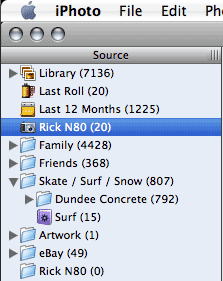 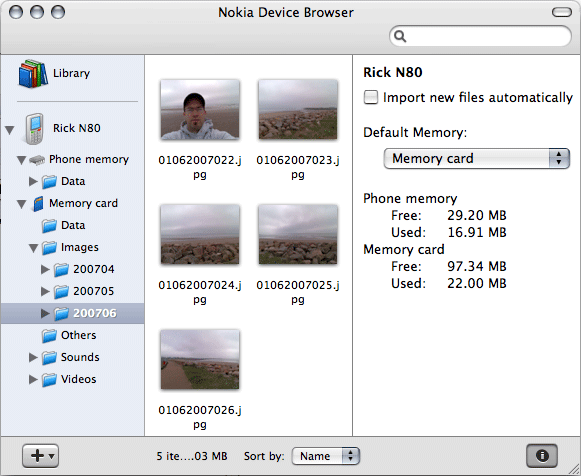 All in all Nokia Media Transfer looks pretty good, it definitely isn’t just a piece of badly ported software. If Nokia can manage to make the software experience better then they will be going a long way to getting out of the trap that many hardware device manufacturers find themselves in, that of having great hardware but absolutely terrible software. Sony, I’m looking in your direction!

To use Nokia Media Transfer you will need Mac OS X 10.4.9 or higher, iTunes 7 or higher, and iPhoto 6 or higher. 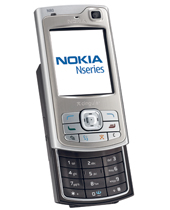