Back in April 2017 Apple invited a few select members of the tech press to a special event to discuss the situation with the Mac Pro line of computers. At that time the Mac Pro had gone about 4 years without any updates causing a lot of speculation about Apple’s commitment to its pro-level Mac users.

At the event Craig Federighi was quoted as saying:

“I think we designed ourselves into a bit of a thermal corner, if you will. We designed a system with the kind of GPUs that at the time we thought we needed, and that we thought we could well serve with a two GPU architecture. That that was the thermal limit we needed, or the thermal capacity we needed. But workloads didn’t materialize to fit that as broadly as we hoped.”

So whilst they didn’t provide an immediate fix to the problem it was a clear admission that the limits of the Mac Pro design had been reached and that there was no way they could upgrade that design to use newer, faster components. The only way forward was to scrap that design and redesign it completely.

Recently I had a purchase decision to make about a new Mac, I really wanted a good jump in performance over the 2014 13” MacBook Pro I’ve been using and ultimately I opted for a 6-core Mac Mini.

After looking at all the options within the current MacBook Pro line I knew I wanted at least a quad-core CPU so it was going to have to be at least the high end 13” MacBook Pro, I also wanted 16Gb of RAM and at least a 512Gb SSD, so £2129 for this and an additional £249 to get AppleCare+ cover on top of this, plus the cost of a few dongles to connect non-USB-C devices to it and also my Thunderbolt display. All in all it was going to cost close to £2600 to get something to suit my needs.

In the end however I decided I couldn’t justify purchasing that machine. The reason I decided not to go for the MacBook Pro was that despite spending that amount of money I was buying a machine that had no future upgrade path. It’s not possible to upgrade the RAM or SSD storage so it means having to buy the highest configuration you can afford hoping that this is good enough for your future needs, rather than buying what you can afford now and adding upgrades later if needed.

Additionally all of the higher-end MacBook Pro laptops come with the Touch Bar whether you want it or not so this adds to the cost, given that I work most of the time using an external display and keyboard it means the Touch Bar has limited usage potential.

Having not owned a Touch Bar MacBook Pro I’m perhaps not in a position to judge how successful or beneficial the Touch Bar is, but my impression from articles etc online and friends who own one is that it’s not a must-have or key selling feature for many people. I know I would certainly rather have the ability to upgrade RAM and SSD storage down the line than have the Touch Bar.

Combine the Touch Bar with the lack of upgradability and you have to pay a lot of money up front to try and future proof your purchase. Ultimately I realised this wasn’t going to spark joy* and I would resent spending that amount of money to get something I wasn’t completely happy with and didn’t represent good value for money to me. In the end I opted for a 6-core Mac Mini purchased through Apple’s refurb store, the balance of price / features was much better and additionally the current models were released last year so they’re using the latest CPUs and aren’t likely to be superseded anytime soon.

So the question I’m asking is: Has the hardware choices in the MacBook Pro line resulted in a similar situation to the Mac Pro, only this time Apple has painted themselves into a Touch Bar corner?

Personally, I think it’s time for Apple to consider what changes they need to make in the MacBook Pro line to get out of this corner they’ve painted themselves into.

* Yes, this is a token Mari Kondo reference :) 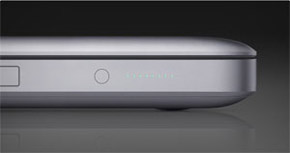