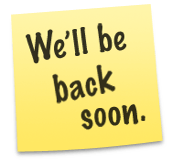 Every year when Macworld Expo in San Francisco draws near it sparks off a bunch of rumours about new products to be launched. I’ve already written a couple of posts (iPhone Shuffle, Mock Mini) in response to some of the rumours.

However, as obviously fake as the mockup of the rumoured Mac Mini update was nothing takes the dumb award like the rumour of an online version of iMovie! A few sites including Techcrunch have written about this rumour but there’s one simple reason which make it unlikely: Bandwidth.

A camel through the eye of a needle

A basic feature that an online version of iMovie would need to do is allow you to upload video files so you can edit them. It would presumably have to be capable of editing HD video too seeing as most consumer cameras, especially things like the Flip Mino HD,Kodak Zi6 etc are HD capable.

However, HD video footage is big, disk space per hour of footage is at least 6GB2 therefore a 1 minute clip would be at least 100MB in size. Uploading this file on an average (but perhaps generous) broadband connection with 512Kb upload speed would take around 30 minutes! On 256Kb upload that would be an hour!

When you look at those figures you can see the biggest weak spot of any kind of online editing system, especially HD.

iLife / iWork in the Cloud?

It is feasible that Apple could release some more advanced online tools to accompany their iLife / iWork suites, after all the MobileMe Mail and iCal apps are pretty good web-based tools. I think a more obvious choice would be for some kind of online version of iPhoto in the vein of Photoshop Express or Picnik (notwithstanding that full size raw images would present a challenge for uploading too, nothing like the challenge of video files though).

It will be interesting to see what is announced on Monday 5th January, I’m very much doubting that I will be eating my words here! I’m still hanging out for the iPhone Shuffle though ;)

1. These speeds are a guesstimate but I imagine they’re not far from the truth.
2. One hour of HD footage in AVCHD format is 6Gb, sizes can increase to 100’s of Gbs for other formats, bit rates etc.