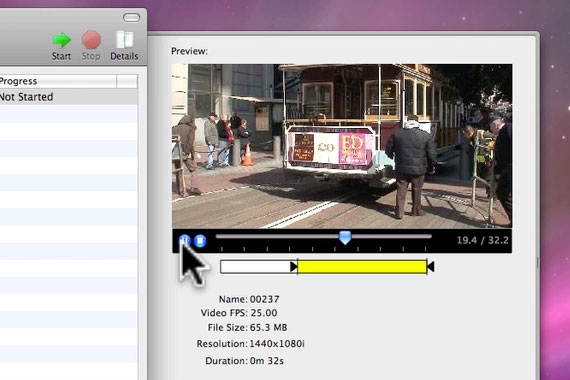 After a few years of being available there are now many hard-disk based video cameras that use the AVCHD format for video, support for the format in video editing software is well supported now on both Mac OS X and Windows by apps like Final Cut Pro / Express, iMovie, Adobe Premiere, VoltaicHD and more. This all leads to a much simpler experience for users of AVCHD cameras than it was a couple of years ago.

AVCHD Lite – Throwing a spanner in the works? 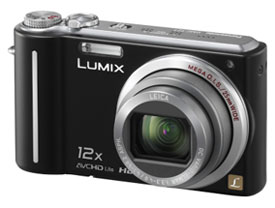 More recent digital stills camera have started coming with the ability to shoot HD video, for many of the small compact cameras there became a need for high-quality efficient video format that could be used in small compact cameras with less capable hardware. The solution to this was a variant of the AVCHD format called AVCHD Lite.

The main differences between AVCHD Lite and the regular AVCHD: a maximum resolution of 1280 x 720p in AVCHD Lite compared to 1920 x 1080p in regular AVCHD and a less-intensive compression method – both of which make the format more suitable for less powerful camera hardware.

Why can’t I edit AVCHD Lite in iMovie or Final Cut?

AVCHD Lite throws a spanner in the works because many of the existing AVCHD editing packages are incapable of supporting it without an update to the software. At the time of writing none of Apple’s video editing applications such as iMovie, Final Cut Pro or Express support the AVCHD Lite format. Adobe’s Premiere and Premiere Elements applications also do not appear to support AVCHD Lite at this time.

The only solution for AVCHD Lite on Mac OS X at the moment is the one that saved many an early adopter like myself a couple of years or so ago when AVCHD cameras first came out – VoltaicHD by Shedworx. This is a $35 app that will convert your AVCHD Lite footage to the Apple Intermediate Codec format that can then be used in any of Apple’s video editing applications.

Here’s a few links to some handy information about AVCHD Lite:

Every year when Macworld Expo in San Francisco draws near it sparks off a bunch of rumours about new products to be launched. I’ve already written a couple of posts (iPhone Shuffle, Mock Mini) in response to some of the rumours.

However, as obviously fake as the mockup of the rumoured Mac Mini update was nothing takes the dumb award like the rumour of an online version of iMovie! A few sites including Techcrunch have written about this rumour but there’s one simple reason which make it unlikely: Bandwidth.

A camel through the eye of a needle

A basic feature that an online version of iMovie would need to do is allow you to upload video files so you can edit them. It would presumably have to be capable of editing HD video too seeing as most consumer cameras, especially things like the Flip Mino HD,Kodak Zi6 etc are HD capable.

However, HD video footage is big, disk space per hour of footage is at least 6GB2 therefore a 1 minute clip would be at least 100MB in size. Uploading this file on an average (but perhaps generous) broadband connection with 512Kb upload speed would take around 30 minutes! On 256Kb upload that would be an hour!

When you look at those figures you can see the biggest weak spot of any kind of online editing system, especially HD.

iLife / iWork in the Cloud?

It is feasible that Apple could release some more advanced online tools to accompany their iLife / iWork suites, after all the MobileMe Mail and iCal apps are pretty good web-based tools. I think a more obvious choice would be for some kind of online version of iPhoto in the vein of Photoshop Express or Picnik (notwithstanding that full size raw images would present a challenge for uploading too, nothing like the challenge of video files though).

It will be interesting to see what is announced on Monday 5th January, I’m very much doubting that I will be eating my words here! I’m still hanging out for the iPhone Shuffle though ;)

1. These speeds are a guesstimate but I imagine they’re not far from the truth.
2. One hour of HD footage in AVCHD format is 6Gb, sizes can increase to 100’s of Gbs for other formats, bit rates etc.