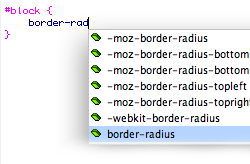 Adobe announced at their annual MAX conference that the next version of Flash CS5 will include the capability to publish iPhone apps, and in fact that there are several games in the App store already that were created using a pre-release version of the software.

There’s been a lot of commentary on blogs that seem to think that Adobe have added this feature because they think that they may never get Flash as a plugin on the iPhone, indeed that this is some kind of ‘backdoor’ route for Flash on the iPhone. However, I disagree, I just don’t think that there’s any reasoning like that at all.

While it is great that Flash developers will have a way to get content onto the iPhone now I think that the ability to create iPhone apps is a much better opportunity for them than having native Flash on the iPhone.